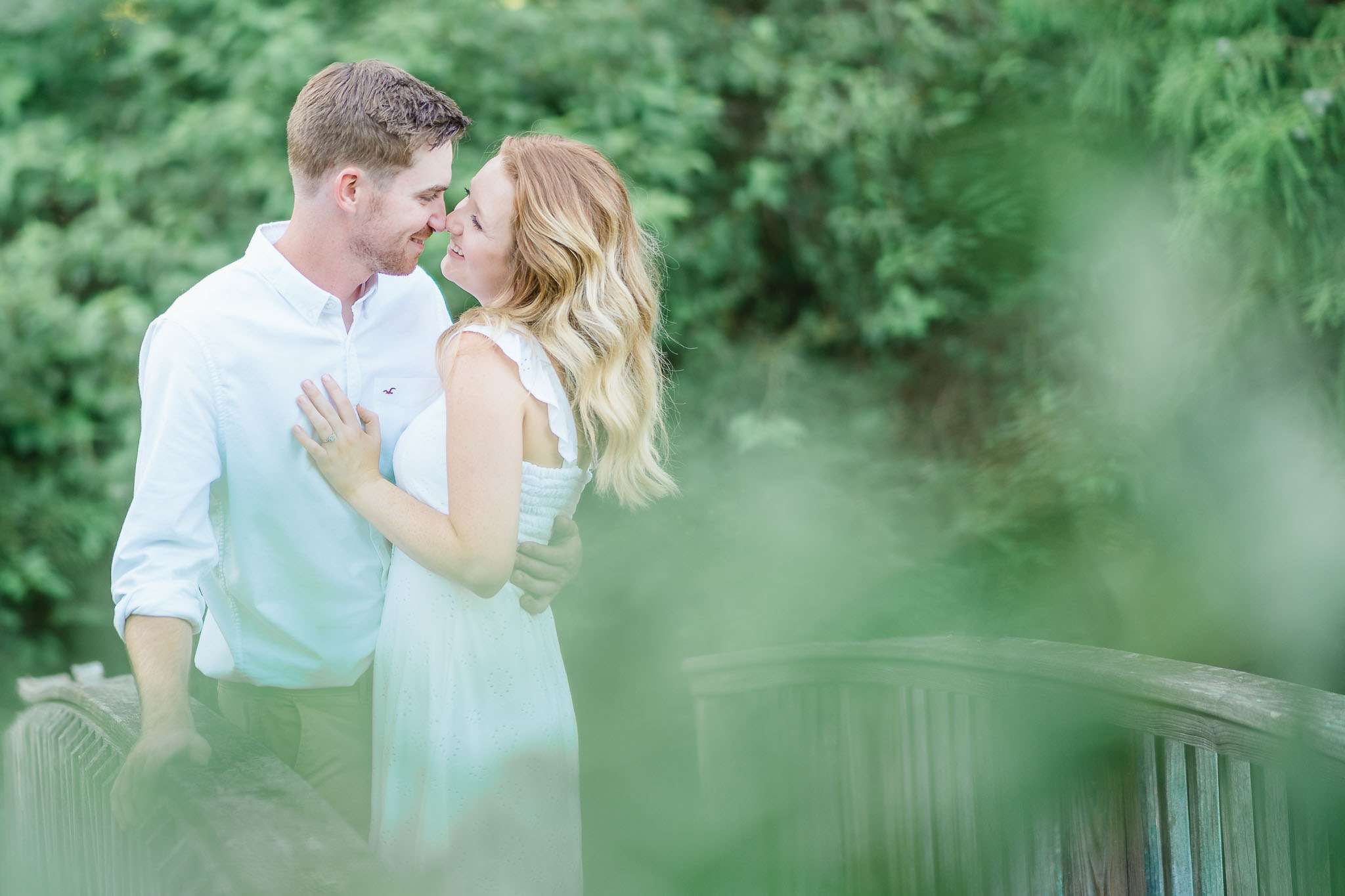 When your newly booked couple (Emily and Jacob) tells you that they would like to have their Engagement Photoshoot at the Western Kentucky Botanical Garden, you almost fall out of your chair because of the endless possibilities of amazing photos. You automatically start to have visions in your head of beautiful flowers, vivid colors, and perfect backgrounds for your couple while you get to capture the love that they have for each other.

Obviously, I was excited and couldn’t wait for the day to come. Now I will admit that I had never been to the Western Kentucky Botanical Garden before, I know, I know. I feel your stunned gaze as I am writing this, I assure you. However, I had been to a few other Botanical Gardens before, so I had a pretty good idea of what to expect when we got there. But just in case, I decided to get there 30 minutes early to do some scouting and make sure I had a decent idea of where we would start and the next few stopping points after that.

Emily and Jacob decided to have their Engagement Photoshoot in August because they are having a May wedding the following year. It looked like the sunset was going to be around 8 pm that day, so we decided that it would be best to get there around 6 pm so we could take full advantage of that magical Golden Hour light. They also wanted to take some photos with their two dogs, so they had Jacob’s mother come as well to watch the dogs while we were doing photos of just Emily and Jacob. It really helped Emily and Jacob to relax and not have to constantly be thinking about where the dogs were or what they were doing, they knew that they were in good hands.

I highly recommend bringing an adult family member with you to your Engagement Photoshoot if you plan on doing photos with your dogs, cats, other animals, or even children. It will really help you relax and not have to worry about anything else except being in the moment with your partner. In fact, Keepsake Wedding Photography won’t do it any other way! There are just too many variables that could happen when nobody is watching, it’s always better to be safe than sorry.

We started towards the entrance of the Botanical Garden. I first had Emily and Jacob walk with the dogs on the path to get them comfortable being in front of the camera. Emily and Jacob were naturals and weren’t very shy, I knew we were going to have a really good Engagement Photoshoot. The dogs, on the other hand, wanted to play and play. Who could blame them? Jacob was tensing up trying to keep the youngest dog from pulling him, Jacob would go on to eventually win that battle.

After we got some good photos of the couple and the dogs together walking, we went over to the Rose Garden. You could tell that it was August and the brutal Kentucky heat had done its work on the Roses. The roses still had some blooms, but I would suggest going in the spring to get the maximum effect from the Rose Garden. In the center of the Rose Garden is a beautiful fountain with a walkway going down the center on all four sides. It truly is a beautiful scene and I would love to go back in the spring when the roses are in full bloom.

In fact, we will be going back in the spring since Emily and Jacob will be having their Wedding Reception here next spring. I’m really excited about those pictures as well! We were able to get a lot of really good photos in the Rose Garden.

We also tried some more photos of the couple and the dogs together, some of them worked, and some of them didn’t. But I believe I captured a few moments that really speak for themselves. What do you think?

We then went to the area between the Rose Garden and the Children’s Garden. At that time of day, there was a beautiful backlight on the couple and a row of deep red or maroon bushes on each side of the walkway that really helped frame Emily and Jacob. The maroon bushes also helped warm up the photos with the sunlight hitting them. There was also white fencing around the Rose Garden that we took full advantage of helping to frame the couple as well. If you can time it right with the sun, this is a magical area to get some really good photos.

Later in the session, we ended up at the back of the property with the pond and overlooking deck. I decided to go around to the other side of the pond so that I could see Emily and Jacob from the front of the deck, I’m sure glad I did. Next to the deck, there was a small wooden bridge that occupied our time for a good while.

The last area that we went to was towards the center of the Botanical Garden, where there is a really big Weeping Willow tree. I wish that I would have used a wider lens for a few photos to take full advantage of the beautiful tree. Although, now I know better for next time. Leaned against the Weeping Willow’s branches was an older white window frame with square window panes. We certainly had to take photos at this location. Once again, we ended up getting some really good photos from this location.

During the entire Engagement Photoshoot, you could just see the love that Emily and Jacob had for each other. I’m really happy that I was able to capture those moments for them so that they can one day pass them down as a ‘Keepsake’ for their family and future generations.

If you would like more information about having Keepsake Wedding Photography provide our services for your engagement or wedding, please visit our services page or contact us at any time.

Or if you know anyone that is looking for an Owensboro, KY Wedding Photographer, please send them our way.

To see a full list of all our locations and our service area, please visit our Locations page.